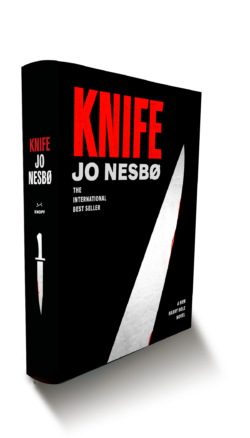 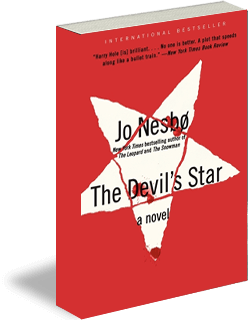 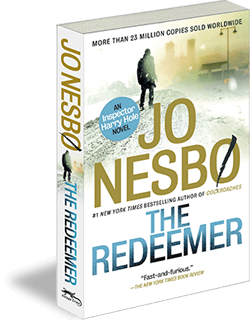 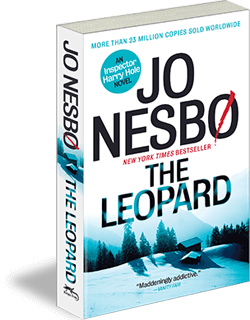 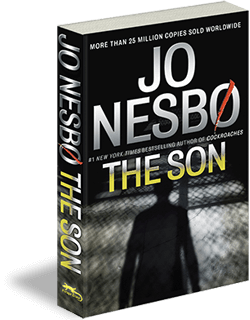 He stared into the white nothingness.

The way he had done for almost three years.

No one saw him, and he saw no one. Apart from each time the door opened and enough steam was sucked out for him to be able to glimpse a naked man for a brief moment before the door closed and everything was shrouded in fog.

The baths would be closing soon. He was alone.

He wrapped the white towelling bathrobe more tightly around him, got up from the wooden bench and walked out, past the empty swimming pool and into the changing room.

No trickling showers, no conversations in Turkish, no bare feet padding across the tiled floor. He looked at himself in the mirror. Ran a finger along the scar that was still visible after the last operation. It had taken him time to get used to his new face. His finger carried on down his throat, across his chest, and came to a halt at the start of the tattoo.

He removed the padlock from his locker, pulled on his trousers and put his coat on over the still damp bathrobe. Tied his shoelaces. He made sure he was definitely alone before going over to a locker with a coded padlock, one with a splash of blue paint on it. He turned the lock until it read 0999. Removed the lock and opened the door. Took a moment to admire the big, beautiful revolver that lay inside before taking hold of the red hilt and putting it in his coat pocket. Then he removed the envelope and opened it. A key. An address, and some more detailed information.

There was one more thing in the locker.

Painted black, made of iron.

He held it up against the light with one hand, looking at the wrought ironwork with fascination.

He would have to clean it, scrub it, but he already felt aroused at the thought of using it.

Three years. Three years in a white nothingness, in a desert of empty days.

Now it was time. Time he drank from the well of life again.

Harry woke with a start. Stared out at the semi-darkness of the bedroom. It was him again, he was back, he was here.

“Nightmare, darling?” The whispered voice by his side was warm and soothing.

He turned towards her. Her brown eyes studied his. And the apparition faded and disappeared.

Harry closed his eyes. Waited until he was sure she had closed hers before opening his again. He studied her face. He had seen him in a forest this time. Moorland, wreathed in white fog that swirled around them. He had raised his hand and pointed something towards Harry. He could just make out the demonic, tattooed face on his naked chest. Then the fog had grown thicker, and he was gone. Gone again.

“And here I am,” Harry Hole whispered.

Elise walked down Thorvald Meyers gate, past plain four-storey buildings that had once housed the working classes in a poor part of a poor city, but where one square metre now cost as much as in London or Stockholm. September in Oslo. The darkness was back at last, and the drawn-out, annoyingly light summer nights were long gone, with all the hysterical, cheerful, stupid self-expression of summer. In September Oslo reverted to its true self: melancholic, reserved, efficient. A solid facade, but not without its dark corners and secrets. Much like her, apparently. She quickened her pace; there was rain in the air, mist, the spray when God sneezed, as one of her dates had put it in an attempt to be poetic. She was going to give up Tinder. Tomorrow. Enough was enough. Enough randy men whose way of looking at her made her feel like a whore when she met them in bars. Enough crazy psychopaths and stalkers who stuck like mud, sucking time, energy and security from her. Enough pathetic losers who made her feel like she was one of them.

They said Internet dating was the cool way to meet new people, that it was nothing to be ashamed of anymore, that everyone was doing it. But that wasn’t true. People met each other at work, in classrooms, through friends, at the gym, in cafes, on planes, buses, trains. They met each other the way they were supposed to meet each other, when they were relaxed, no pressure, and afterwards they could cling to the romantic illusion of innocence, purity and quirks of fate. She wanted that illusion. She was going to delete her profile. She’d told herself that before, but this time it was definitely going to happen, that very night.

She crossed Sofienberggata and fished out the key to unlock the gate next to the greengrocer’s. She pushed the gate open and stepped into the darkness of the archway. And stopped dead.

There were two of them.

It took a moment or two for her eyes to get used to the darkness, and for her to see what they were holding in their hands. Both men had undone their trousers and had their cocks out.

She jerked back. Didn’t look round, just prayed that there was no one standing behind her.

“Fucksorry.” The combination of oath and apology was uttered by a young voice. Nineteen, twenty, Elise guessed. Not sober.

“Duh,” the other one said, “you’re pissing all over my shoes!”

Elise pulled her coat more tightly around her and walked past the young men, who had turned back to face the wall again. “This isn’t a public toilet,” she said.

“Sorry, we were desperate. It won’t happen again.”

A match on Tinder.

The triumphant sound your phone makes when someone you’ve already swiped right on swipes your picture right as well.

Elise’s head was spinning, her heart was racing.

She knew it was the familiar response to the sound of Tinder’s matchmaking: increased heart rate as a consequence of excitement. That it released a whole load of happy chemicals that you could become addicted to. But that wasn’t why her heart was galloping. It was because the ping hadn’t come from her phone.

But the ping had rung out at the very moment she’d swiped right on a picture. The picture of a person who, according to Tinder, was less than a kilometre away from her.

She stared at the closed bedroom door. Swallowed.

The sound must have come from one of the neighbouring apartments. There were lots of single people living in the block, lots of potential Tinder users. And everything was quiet now, even on the floor below where the girls had been having a party when she went out earlier that evening. But there was only one way to get rid of imaginary monsters. By checking.

Elise got up from the sofa and walked the four steps over to the bedroom door. Hesitated. A couple of assault cases from work swirled through her head.

Then she pulled herself together and opened the door.

She found herself standing in the doorway gasping for air. Because there wasn’t any. None that she could breathe.

The light above the bed was switched on, and the first thing she saw was the soles of a pair of cowboy boots sticking off the end of the bed. Jeans and a pair of long legs, crossed. The man lying there was like the photograph, half in darkness, half out of focus. But he had unbuttoned his shirt to reveal his bare chest. And on his chest was a drawing or a tattoo of a face. That was what caught her eye now. The silently screaming face. As if it were held tight and was trying to pull free. Elise couldn’t bring herself to scream either.

Back to the Book